The blue, pink & purple of everything under the sky 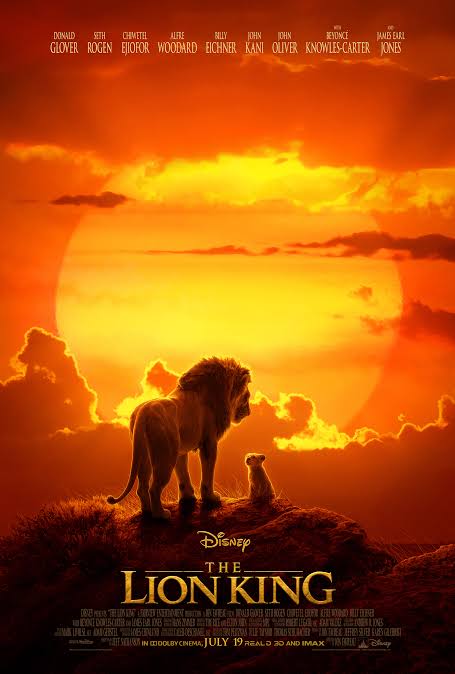 I have watched The Lion King a 110 times… Maybe an exaggeration, but I guess you get the point. I am also part of the crowd who doesn’t want to watch the remade Disney classics, because my childhood was filled with Disney classics and don’t want the experience “tainted”.

So it was with two minds that I had entered the theatre yesterday to watch the new 🦁 👑. First things first. Watching the sunrise and the opening scene with all its musical grandeur in a theatre definitely beats all the viewing I had on a TV screen using a VHS cassette. Growing up, English movies were not so commonly screened in theatres as it is done today. So this is technically the first time I am watching my beloved movie in a theatre. And that experience was truly unbeatable.

The animation was also amazing. It was like we were watching a BBC documentary. And the flora and fauna has been shown with great precision and beauty.

Movie was mostly screen by screen repition excepting a few added scenes. Like Nala’s escape from Pride rock and the tuft of hair travelling through the entire Circle of Life. But somehow the emotions were not replicated. Mufasa’s death never fails to draw tears from my eyes. And it did not fail even this time. But some scenes like Nala’s reunion with Simba or Rafiki’s elation on realizing that Simba is alive seems clunky, forced and emotionless. The hyenas were the comic relief in the original, but here they are just another talking menacing looking animal.

Overall it was a good experience for me to watch the movie in theatre. But when I have to go back to my TV screen, I would still prefer the original one.